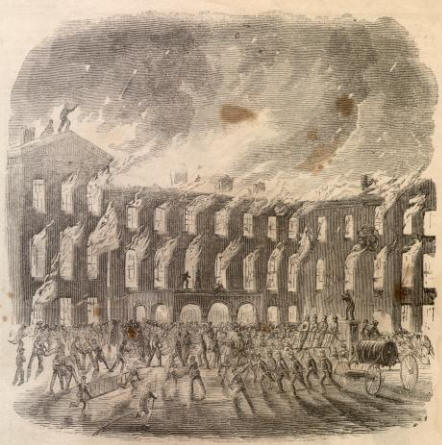 Apparently the medical experts McKinsey are advising GPs to close hospitals in order to save the NHS money, genius, utter genius. I shall just explain the situation in a bit more detail just to demonstrate the ludicrous nature of affairs.

We have an expanding population which is increasingly elderly, therefore reducing bed numbers safely is not possible. If bed occupancy rates are too high then you increase problems like hospital acquired infection and various operational inefficiencies.

If you speak to anyone actually working on the ground then you would know that hospitals are increasingly stretched already, there are not enough beds to deal with the current workload. This is leading to patients backing up in A&E and managers putting pressure on doctors to discharge patients in a clinically dangerous manner. The system is on the verge of collapsing up and down the country.

Now McKinsey, the management consultants who are paid vast amounts of money for their alleged wisdom are claiming that it is safe to cut bed numbers further, this is obviously not the case if one has actually observed the reality of hospital medicine on the ground in recent months. This 'debt' is also an artificial entity imposed by the market, if the market was destroyed then all the money wasted on its bureaucracy could be directed towards clinical care and not the market fiddling monkeys who will do very nicely from the latest pro-market white paper.

It is certainly possible to save money by treating patients very badly and providing a low quality service that forces sick patients to be inappropriately managed out of hospital. However this is dangerous and unsafe. So as money is frittered away on consulting the morons from McKinsey, patients will be left to die in the community, there will be no beds for them, this is the reality of the new NHS and the failed market based approach that this government persists with.
Posted by Garth Marenghi at 7/23/2010 11:07:00 am 11 comments: Links to this post

The market where bottled water will dominate

The White Paper for health will see the NHS destroyed. The market is to be left in control of matters. Sensible long term central planning for the nation's health will be a forgotten thing of the past, the market will do all this, as if by magic.

As bottled water, useless products that are a complete waste of money will proliferate, this will lead to more inefficiency and patients struggling to get proper treatments that do have solid evidence behind them. The market for health care is no Utopia, it is just a way in which a lot of private firms will get very rich by providing easy treatments for the worried well while proper treatments for the sick are not appropriately prioritised.

A perfect example of the market leading to completely useless rubbish being sold is the APOS treatment from BUPA, it is complete and utter nonsense. Read all about it and be very afraid. You had also better get used to these kind of junk evidence-lite treatments, these bottled waters of the medical industry will proliferate in the next few years, this is what the market promises for your cash. What a sad and terrible waste, but the marketing is very shiny, one can't forget that.
Posted by Garth Marenghi at 7/22/2010 09:15:00 pm 3 comments: Links to this post

The white paper, or is it toilet paper?

Another extensive political document outlining yet more restructuring of the health system, yes it is time for another white paper and this one has been delivered by Andrew Lansley. It's a shame that with all the talk of reducing costs and minimising the bureaucratic inefficiency, these new reforms will see almost 2 billion pounds ring fenced for yet more deckchair rearrangement.

The market remains, and until the market is destroyed then any hope of an efficient public system is dead. Commissioning is doomed to failure, whoever does it, it is a definite poisoned chalice that GPs would do well to avoid it at all possible.

The logic behind this reform is sadly lacking. GPs are the providers of primary care and are not trained/suited to hold the purse strings for secondary care. Handing the vast majority of NHS funds to GPs is barking mad, it is something that could only have come from a stupid politician with no grasp of how healthcare is delivered.

Billions and billions are being wasted yet again in moving around a set of failing market based deckchairs. All that will be proven by this latest white paper is the fact that our politicians have no clue as to how to run a health system. Lansley is clueless, but so is Burnham, the NHS has been tampered with by successive groups of morons and it will not get better until be have a sensible moderate centrally funded system run by the clinically and medically aware.
Posted by Garth Marenghi at 7/18/2010 07:29:00 pm No comments: Links to this post