The Chief Medical Officer must resign 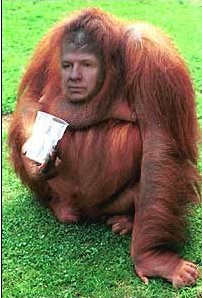 Sir Liam Donaldson, the Chief Medical Officer, has been the architect in chief behind many of the most disastrous recent reforms of medical training in the UK.

A large amount of blame for the shambolic MTAS must be laid at his door, while the danger of MMC is looming as it is rushed through in a most dangerous and incoherent manner.

He has sold out the profession, he has helped catalysed the destruction of good medical training overseen by the Royal Colleges and tried to replace it with dumbed down psychoquackery overseen by the malignant PMETB.

He has hidden from the public and from the media as his department has hopped from disaster to disaster. The heads of MMC, Profs Crockard and Heard, have been scathing in their criticism of the CMO in their resignation letters; while the ex-student adviser to the CMO has hammered yet more nails in his coffin.

The people behind this mess must be held accountable for their incompetent meddling. As the Chief Medical Officer and as a chief architect of these disastrous schemes from the very beginning, Sir Liam Donaldson must resign at once.

Sign up, before it's too late, we must rescue good medical training from being savaged by these peer seeking cronies.
Posted by Garth Marenghi at 5/07/2007 01:15:00 pm