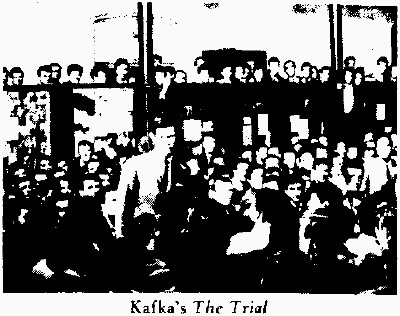 The government's current idea of introducing 'personal health budgets' for patients is one of the barmiest and most stupid that I have ever heard. It can initially sound like a good idea to those who are unaware of the actual implications of such a pile of steaming pig sh*t. The government will talk of 'patient choice' and the efficiency of the market in trying to convince patients and the public that this reform is in their best interests.

In reality it is an utter disaster waiting to happen, here are just a few of the grave problems I can think of at just a drop of a hat. The bureaucracy needed for such a system would be enormous. Not only would one need to work out just how much money each different patient with differing health problems would be given for a set period of time, this in itself would be an imperfect and highly expensive process. Also any mistakes in giving patients funds could lead to some being over funded, thus wasting extra cash, and some being underfunded, what on earth would happen if a patient runs out of cash to pay for their treatment?

The PCTs cannot even organise a piss up in a brewery, so something like this than would challenge the most able would be a complete disaster if handed to the fools at PCTS up and down the country. A system like this would make it impossible to efficiently ration care and services, it would be impossible for public health needs to be planned for and met as the funds would be in the hands of the patients. Another serious problem would be that most patients would have no idea which services to use with their budgets, this would undoubtedly lead to the largest rich private firms with the best advertising doing a lot of smaller providers of better quality services out of business.

Another massive problem with any market based system is one that the pro-marketeers will never admit to being a problem, the fact that for any market to work it has to assume that all the patients/consumers will make fully informed decisions all of the time, a ridiculous assumption at the best of time, this results in the inevitable rigged market in which the big and powerful will always profit. It is impossible for patients to become fully informed, even the most educated and able would struggle, and those most in need of service would be the old and frail, the chances of these patients wanting their budgets is virtually zero and their ability to be adequately informed to make the best choices for themselves is also next to zero. The system would also lead to a very inequitable system as those with budgets may well get treated very differently to those without, the 'two tier' system is a result.

As you can see 'personal health budgets' are a complete and utter disaster waiting to happen. They will be an inefficient and massively expensive way in which to burn yet more money in making a health care system more inequitable and unfair, while making it's quality of service no better, arguably much worse. The motive for this? Well it is rather obvious that this idea is just another way in which the government can introduce more privatisation by stealth.

Interestingly 'patients being given a cash entitlement to buy the services and treatments that they thought best suited their needs' is not allowed under current rules, it depends upon the enactment of the Health Bill 2009, which is due for its second Commons reading on June 8, following debate in the Lords. So it's yet another bit of legislation that is being hurried in via the back door than will allow the government to carry on privatising the NHS. I am sure the big private firms are rubbing their hands with glee, they will soon be able to advertise their services direct to patients and the money will start flowing. Whatever happened to the NHS being a public service, recent reforms have made it look more like a cash cow for various greedy private health care corporations. The planning for the health care needs of the public to be met as efficiently and productively as possible is being replaced by an inefficient bureaucratic monster that throws money to private firms at random.
Posted by Garth Marenghi at 1/23/2010 10:52:00 am 12 comments:

The inquest into the very preventable death of a 70 year old gentleman who was given as massive opiate overdose by a 'dithering' German locum GP is underway. From what I know of the systems that are in place for the registration of EU doctors in the UK I can say that Professor Steve Field's comments are a massive cop out:

"In this case, it appears it was a binary systems failure.....The full abstract was alarming and we requirement to see lessons from that, and I conceive we are doing now."
This cannot just be written off a a 'systems failure'. There are certain parts of the system that are clearly to blame and that have been blatantly failing patients for some time.

It is far too easy for any old doctor from the European Union (EU) to register with the GMC and then work in the UK. Despite the fact that a lot of medical degrees from certain EU countries are not worth the paper they are written on, the GMC is bound by European law to accept them all as being good and proper. Despite the fact the English is spoken very poorly by many EU trained doctors they can still obtain registration with the GMC without any formal testing of their command of the English language.

The government and GMC will try to claim that this 'systems failure' also involved the PCT who are involved in hiring these doctors, however it is clear in my eyes that the buck should stop with the registration of these doctors, and the blame lies squarely at the GMC's door in my opinion.

As a result of the government's short sighted and racist reforms it is very hard for now for non-EU doctors to work in the UK, ironically many doctors from countries such as Australia, New Zealand and India have a much better command of English and a much better training background than a lot of EU doctors. Bizarrely Australians and New Zealanders have to sit an English language test to work in the UK, why on earth the same does not apply to the Germans and the Poles for example, I have no idea.

The EU's free labour market is a shambles. Not only has it led to a lot of racial tension as a result of unemployment pressures and an excessive pressure on state services as a result of rapid uncontrolled population shifts, but it has led to the UK being forced to accept a lot of dodgy foreign qualifications as being good enough when they clearly are not, it has also stopped out own governing bodies from being able to safely regulate certain specialist labour markets such as doctors. Until the GMC sorts its act out and is empowered to be properly able to weed out the incompetent, then preventable deaths like Mr Gray's will continue to happen.
Posted by Garth Marenghi at 1/17/2010 11:08:00 am 16 comments:

As a result of its large readership the British Medical Journal remains a very important publication. Although one can argue that it may publish some rather politically motivated dross at times, the BMJ still does a pretty decent job at exposing some rather unscrupulous practices in the medical world.

One thing that the BMJ has done which I think has been a bit of a revelation is the idea of allowing the online response of readers to all that they publish, obviously only a small minority of these are reproduced in print; however it has been a good thing in general for allowing the voice of reason to triumph over certain foolish opinions that normally manage to hide so well from any open reasoned criticism.

The Tamiflu scandal was also a very good story with some excellent reader responses, strange how the government and media never really invested any effort in informing the public of this scandalous bit of pharmaceutical misinformation. Recently there have been some excellent responses on the ex-CMO Liam Donaldson and the government's spreading of propaganda about swine flu, I particularly enjoyed this one from Hugh Mann in the US:

"The climatologists and epidemiologists at the Henny Penny institute of pseudo-science have inadvertently performed a public service. Climate-gate and flu-gate have immunized the public against media-spread alarmism."
The responses on the simulation regarding NHS 'commissioning' were also rather poignant, demonstrating some rather glaring flaws in the whole idea behind the simulation and 'commissioning' itself. When I was younger I used to think that if I was unable to understand something it must have been my fault, now I realise that there is another explanation, if something cannot be understood it may well be because that thing is utter nonsense and that no one understands it properly, like NHS 'commissioning'.

Anyway my message is to keep your eye on the BMJ rapid responses. Maybe I'm overly cynical but it appears to me that the BMJ may bury some of the best responses because they are a little close to the bone for some people, that's why I always keep my eye on the online responses.
Posted by Garth Marenghi at 1/07/2010 01:50:00 pm 3 comments:

Lines in the sand drawn by idiots

Apparently the NHS is to be central in the Conservative Party's Manifesto. David Cameron wants to meet 'mothers' needs' and more maternity care reforms are in the pipeline. Childbirth in the 'non-emergency setting' is nothing new and ironically a lot of dangerous rubbish in this policy area has been forced upon unsuspecting mothers by Labour. When it comes to maternity care the biggest problem is a shortage of Obstetric consultants, the public do not need yet more gimmicky rubbish from politicians that pushes woman into giving birth in dangerous locations.
"Health inequalities in 21st century Britain are as wide as they were in Victorian times... We must target resources at the worst-off areas"
This is disingenuous tat from David Cameron. The reality of health inequality is that it cannot be dealt with adequately by a system that runs with an internal market. The commissioning bureaucracy and market structures mean that the most effective central planning that can best deal with health inequality cannot be used. The tried and tested model of using the best evidence as advised by Public Health experts to guide spending has been thrown out in order to allow the NHS to be privatised with the divisive and inefficient internal market. Politicians who back the market but talk of reducing inequality have no shame, they are either liars or just plain stupid. David Cameron and Gordon Brown may be many things, but they are not stupid.
Posted by Garth Marenghi at 1/04/2010 03:05:00 pm 3 comments: