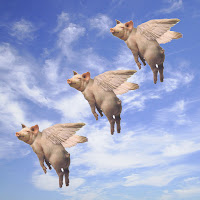 Antibiotics for back pain? Conflicts of interest?

The 'antibiotics for back pain' study has not been out of the headlines this week, certainly the PR campaign that has seen headlines made across the board in the likes of the Guardian and the Mail has been successful.  Really one has to look in depth at the paper and the literature to appreciate just how overly sensationalist and hysterical much of this media reaction has been.

Firstly 3 of the 4 authors are involved with a private company that appears designed to make money out of patients and clinicians in diagnosing and treating back pain with antibiotics.  Indeed these 3 authors are all MAST 'Academy' members.  The first major problem I have with their study is the fact that they declared to the journal that they had 'no competing interests'.  This appears dubious at best.  It is also dodgy that Peter Hamlyn, a surgeon from London who is also a member of this 'Academy', is quoted in the papers saying some very positive stuff without any hint that he may also have a rather glaring conflict of interest:


"More work needs to be done but make no mistake, this is a turning  point, a point where we will have to re-write the textbooks.....It is the stuff of Nobel prizes."

The 'MAST medical' concept appears rather dubious in itself.  Patients with Modic changes are encouraged to pay money to have their MRI scans interpreted, while clinicians are encouraged to become 'MAST certified' so that they can treat patients with Modic changes!  Why on earth an experienced clinician needs accreditation by 'MAST Medical' before treating a patient with antibiotics is beyond me, this just appears a cheap money making stunt.  It would be interesting to know just what the authors' exact financial interests are relating to MAST Medical.

There are also some rather significant problems with the study itself.  The bacteria attributed to be the cause of so many patients' back pain has been researched for many years, in fact since being reported as a cause of back pain in 2001 in the Lancet, Proprionobacterium Acnes (P Acnes) has been linked with other problems including shoulder arthritis.  The problem with this bug is that is is notoriously hard to grow in the laboratory, it is of unknown pathological significance and many groups have failed to replicate much of the P Acnes research.

The biggest flaw I have seen in the research is that about 50% of the patients treated with antibiotics had had previous spinal surgery, so it is highly possible that the benefits of antibiotics only apply to patients who have had previous surgery, so the way the study has been reported in the media is highly misleading.  P Acnes seems likely to be a bug that is only problematic after medical intervention like injections or surgery, there simply isn't any good evidence out there that it is likely to be a cause of back pain in the 'virgin' or 'intervention naive' back.

Overall this all just reminds me a bit of the MMR scare, but it is obviously the reverse of a scare.  The problem is that the way the study has been written, reported and spun out of context mean that many patients are going to be extremely let down when they realise what the reality of this study actually is.  A majority of the authors have significant conflicts of interests which they failed to declare, the benefits of antibiotics may only apply to patients who have had previous injections or surgery, and more research is badly needed to confirm this work with a more rigorously defined group of patients taking part.  Sadly the reality of the research wouldn't make any headlines and it certainly wouldn't have attracted as much attention for 'MAST Medical'.