Breathtaking incompetence - a monumental shambles in their hands 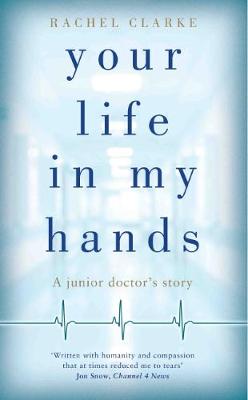 I've been reading Rachel Clarke's book over the last few evenings and this is what has inspired me to ramble on the blog today.  The mixture of humanity, sharp analysis and reasoned argument makes Rachel's excellent book absolutely essential for anyone interested in medicine, the NHS or healthcare.  The way in which the government have ignored precisely this kind of incisive intelligence sums up why we are in a right mess today.

It's worth going back to square one and analysing just how fast so many situations on the NHS have deteriorated.  Generally before the Conservatives took power in 2010, many of the crises which exist today did not exist.  The disastrous recruitment situation regarding junior doctors, consultants, nurses, physios, OTs and GPs did not exist pre 2010.  The number of small GP practices closing has rocketed since 2010.  The social care crisis has been a recent phenomenon in the context of huge real terms funding cuts.  The  deterioration in AE waits and elective treatment performances have all happened post 2010.

Certainly nothing was perfect pre 2010 and disasters did happen, however it is fair to say that the system wide failure that we see today definitely did not exist in that period before the Conservatives took power in 2010.  This is a point which Rachel Clarke makes eloquently in her book, despite all the hot air spewing forth from Jeremy Hunt's orifices, nothing solid has actually been done that has improved the reality of the care on the front line of the NHS.  All we have seen from Hunt is smoke, mirrors, propaganda and dangerous arrogance.

Nowhere is this better demonstrated than in junior doctor recruitment and retention.  Things were steadily declining from around 2012 onward, then Jeremy Hunt bullied and imposed a contract upon doctors, unsurprisingly things have only got worse as a result.  Current recruitment data is dire, almost one in 5 paediatric jobs are unfilled and specialities that were previously massively oversubscribed cannot even fill their training numbers.  The ins and outs of the contract debate are complex, Rachel's book portrays a very accurate picture of events.  The imposition of a contract remains a great example of Hunt's overt ineptitude and arrogance in one, it can never make sense to force something upon ones employees, particularly when recruitment and retention was in such a dire state in the first place.

There has been too much ineptitude from the likes of Hunt, the Department of Health and their minion NHS England to summarise it all without writing several volumes of dense text.  However it remains clear that until we have some candour and apologies from the dictators at the top of this authoritarian shambles then things will only continue to get worse.  Fundamentally leadership is about listening and the current leaders at the top of the NHS have their earplugs in.  The bottom line is the NHS is crumbling because our political system has failed.  You get what you pay for in life and there are no magic solutions, meaning promising the hollow gimmick of '7 day services' without any funding or staffing to enable it can only result in a dismal own goal.  Until our leaders are honest about what can be sustained with skeletal funding then we'll continue to see the service crumble and staff flee for greener pastures elsewhere.  Rachel Clarke has hit the nail on the head and Jeremy Hunt should be deeply ashamed of himself, alas for that to occur he would have to exhibit a degree of insight, something he has not demonstrated to this day.
Posted by ben at 7/18/2017 02:51:00 pm 2 comments: