A successful day of Industrial Action 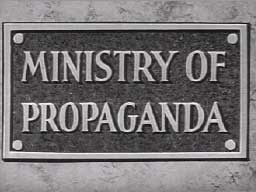 Despite certain biased media outlets including the BBC/Telegraph/Mail et al deliberately seeking negative views on our industrial action and despite the constant stream of dishonest propaganda from the Department of Health press office, I think today has shown anyone around a GP surgery or a hospital that there is a fair bit of support for doctors in our battle against the lying dictators in government.

A majority of our fellow workers and many patients were very much behind our decision to stage this day of protest and personally speaking, I was heartened by what many people had to say.  Of course there were a few people who did not agree with us, however this was inevitable and these people are entitled to their opinion, even if some of them were more motivated by petty jealousy than anything logical.

If this battle is to be won then we need to dig ourselves in, it will take repeated days of protest to make this corrupt regime listen to our calls for fairness and negotiation, not yet more unilateral arrogant dictation.  Well done to all the doctors and all those who supported us, for doing things in such a sensible and caring manner.

Also please make the effort to sign this E-petition that calls for Lansley et al to pay the same % that doctors are being asked to pay.

Doctor pensions - stick it to Lansley!

Whatever you think of doctors, if you believe in fairness then you should sign this E-petition.  Doctors do not expect special treatment, all they want is fairness, and the fact that government are unilaterally forcing doctors to pay far greater percentages of their income into their pensions than other workers in the public sector is grossly unfair, there is no credible argument against this I'm afraid.

Unfortunately large sections of the media have swallowed up a lot of Lansley and the DoH's lies.  Well, if Lansley and the DoH think doctors should be forced to pay 14.5% of their incomes into their pensions, then Lansley and his DoH cronies should also pay the same amount.  Currently MPs like Lansley, civil servants like those at the DoH, teachers, judges and many other public sector workers pay nowhere near the 14.5% that is being unfairly forced on doctors.

Please sign the E-Petition, post it on Twitter and Facebook, let's help force Lansley and his cronies to pay the same as doctors, let's see if they are happy to eat their own pudding.  I doubt it.
Posted by Garth Marenghi at 6/10/2012 09:20:00 am 4 comments: