For those of you who haven't had time grasp the catastrophic implications of the government's white paper, have a look at the excellent video above and be afraid, be very afraid. The end result of the white paper is a system that will be privately owned and not publicly accountable. It will also be more bureaucratic and management heavy. Oh dear oh dear.
Posted by Garth Marenghi at 8/11/2010 05:43:00 pm 5 comments: 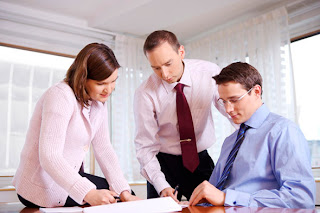 As is stated at the beginning of the report McKinsey "were instructed by the Department of Health to provide advice on how commissioners might achieve world class NHS productivity to inform the second year of the world class commissioning assurance system and future commissioner development." They then produced this report, I have only just got around to reading it. In summary the report just comes up with the obvious such as reducing funding to save money (what genius), efficiency savings and moving care out of hospitals. However when one looks into the details of the report the logic behind these 'savings' is sadly lacking.

"Acute providers – In addition, £0.4–0.6bn savings if all providers below the median of non clinical staff productivity achieve 50–80% of reaching the median", "Community services – Potential to deliver same level of activity with 11–15% less staff, if district nurses achieved median productivity or 10% above", "Mental health – Potential to reduce beddays by 8–12% if providers achieve 50-80% of the potential improvement of stepping down to median ALOS", "Potential GP productivity improvement could be worth of £0.2–0.4bn, if weak performers achieve standard performance": These are just a few more of the examples of McKinsey suggesting that everyone below the median just magically gets better and then money will be saved. There is very very little on how this is actually going to be done in practice, it is like saying if we magically get much better then we will do better, it is pure baseless and meaningless speculation.

"Mental health – Crisis resolution teams can reduce the need for admissions by 40–50% based on controlled trials": Here is an example where McKinsey do quote the evidence, in this case a BMJ paper, however the BMJ paper itself quotes the results as being 'equivocal', hardly solid backing for more McKinsey savings.

"Acute providers – nurses spend only 41% of their time on patient care", "Study across FTs found only 55% of community midwives time is spent on patient facing activities", "A low-performing GP can spend less than 30% of their contracted hours actually seeing patients": there seems to be a bit of a recurring theme here, a lot of clinical staff are spending a lot of time not seeing patients. A large reason for this is the bureaucracy that has been assembled around the target and tariff driven market based system we have now, strangely McKinsey just want clinical staff to find more time for patients, as if by magic again. This doesn't address the root cause of the problem, only scrapping the market, tariffs and targets would.

The McKinsey talk of 'non-effective interventions' as if numerous things we do are completely ineffective and could be scrapped at no cost at all to patients. Apparently 'spinal injections and fusions for back pain', 'trigger finger surgery' and 'knee washouts' are all relatively ineffective. Apparently "Inguinal, Umbilical and Femoral Hernias, Incisional and Ventral Hernias" are all potentially cosmetic procedures. Hernias don't give significant pain to patients and have a serious risk of strangulation do they? And now a huge list of procedures that are not that beneficial in mild cases "Knee joint surgery, Primary hip replacement, Hip and knee joint revisions, Cataract surgery, Female genital prolapse/stress incontinence (surgical), Dupuytren’s contracture, Cochlear implants (inner ear surgery), Other joint prosthetics/ replacements": McKinsey may be surprised to know that clinicans do not throw around major operations without considering the risk benefit of that procedure, no doubt it would be a manager with no clinical training who would decided what consituted a mild case of hip arthritis or a mild prolapse? Apparently these conditions should not be treated surgically in the first instance "Carpal tunnel surgery, Elective cardiac ablation, Anal procedures, Bilateral hip surgery"; McKinsey obviously don't know much about a severe rapidly progressive carpal tunnel syndrome being left too long.

"Reducing variance of GP referrals for new outpatient appointments could lead to savings of £0.2-0.4bn.", "Potential savings of £0.2-0.3b, if PCTs achieve the median follow-ups to new OP ratio or 80% of the potential of stepping down to bottom quartile", "Variability in performance between SHA indicates opportunity of £60-100m1 if median or 80% of top quartile achieved", "Assuming similar potential savings for all other PCTS, potential savings from shifting acute care to primary care of £0.2-0.5bn": it goes on and on like this, McKinsey wants everyone out of the bottom quartile, everything up to the median, but the details of doing this in practice are extremely thin on the ground.

It is obvious that the report has been written by people with intelligence as it is well written and glossy, however it is also abundantly clear that it has been written by people who understand very very little about medicine. Most of the 'savings' suggested by McKinsey are as a result of the magical transformation of under performers into good performers, somehow McKinsey will get rid of anything below a median, it is truly cloud cuckoo stuff of the highest order.

A massive problem with everything in this report is that the 'savings' suggested are invariably only 'pseudosavings', by this I mean that the work will still be being done it is just that no one will pay for it, this is a great trick of the useless market based system we have now. The inefficiencies in the system today are largely as a result of the ridiculous market based system with all the tariffs and targets that comes with it, McKinsey's approach does nothing to address these problems, in fact a lot of their suggestions would worsen the situation.

Overall I am dismayed that so much taxpayer's cash has gone towards funding McKinsey to produce this evidence-lite report. Fundamentally the market based approach is failing the public and resulting in an extremely inefficient and overly bureaucratic system. We would be a lot better off if secondary care were to be centrally funded directly from the state purse, then hospitals could spend their money as efficiently as possible and a lot of the waste from the excessive bureaucracy would disappear.