Why did David Cameron ignore warnings re #juniorcontract ? 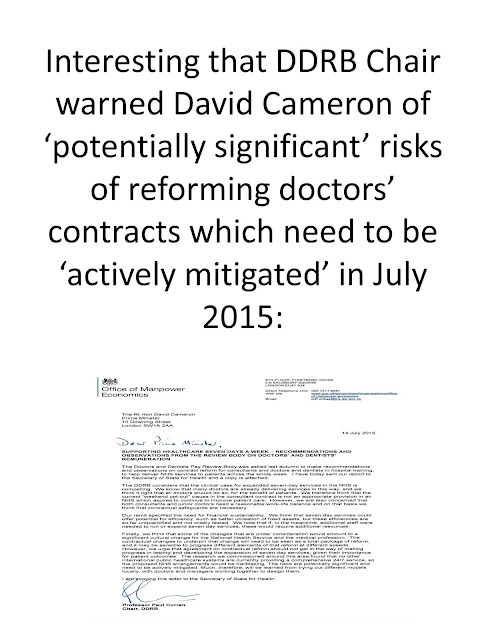 The letter from over 700 individuals which Jeremy Hunt ignores...... 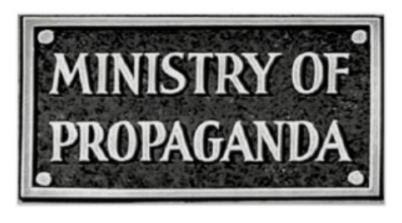 Dear Jeremy Hunt,
We are writing this letter as we have serious concerns regarding the DDRB report relating to contract reform which was published on 16th July 20151 which has formed the foundations for many of your proposed NHS reforms.  The DDRB report stated “We find the case for expanded seven-day services in the NHS, in order to address the ‘weekend effect’ on patient outcomes to be compelling”.  This was largely based on evidence presented by NHS England which was unpublished at the time of submission.  Subsequently this work has been published as an ‘analysis’ article, not a ‘research’ piece, in which the authors stated that it was both ‘rash and misleading’ to assume that the weekend effect was avoidable2.  This demonstrates the overall significant disconnect between the way in which the DDRB report has interpreted this evidence and the way it has been presented in the British Medical Journal.

The following concerns we ask you to respond to specifically are detailed below:

1.                   The oral evidence submitted to the DDRB is not published and both the DDRB and Department of Health are resisting attempts at making this available to the public.  If this evidence demonstrates that service reform is in the best interests of patients, then why do you not make this process fully transparent?

2.                   The mortality data was mentioned by you in a speech on the 16th July 2015 despite the fact that the DDRB report was only published on this day.  The Department of Health are currently resisting attempts to reveal who first made you aware of this data and when.  When did you first become aware of the mortality data that was later published in the BMJ and how did this occur?  Would you care to publish the documentation relating to this matter?

3.                   The authors of the BMJ study declared no competing interests.  The Department of Health are currently resisting attempts to reveal your discussion of this study with other individuals including those from government and NHS England.  Who did you discuss the mortality data with and when?  Would you care to publish the documentation relating to these discussions?

4.                   You attended several meetings with various editorial teams over the course of 2014 including those from newspapers such as the Sun, Sunday Mail and Telegraph.  It has been stated by the Department of Health that these meetings are not minuted and that the full attendees are not even recorded.  Have you discussed the mortality data with the media in these meetings and if so, was this done before the DDRB report was published?  Also is it best practice to attend meetings with the media and not document even a rough summary of what has been discussed?

It is notable that many truly world class 7 day services have already been achieved in the NHS with current contracts, in areas such as cardiology, trauma, stroke and intensive care.  While there is no doubt that service quality can always be improved, it appears that contract reform is not necessary for further improvements.  While it appears that forcing staff to do more antisocial work for no extra reward during widespread recruitment and retention crises is only going to make further service improvements totally unachievable and create more potentially dangerous rota gaps.

David Cameron has spoken on numerous occasions on the power of transparency to raise standards3, while you have made clear that transparency is vital in creating a ‘world class’ NHS4.  The significance of these concerns is that should they remain unaddressed it both demonstrates that there is a severe disconnect between your talk on transparency and your actions in government, and that your raft of NHS reforms is based upon a process whose key nuts and bolts remain hidden from public view,