Lansley the corrupt and the top down White Paper 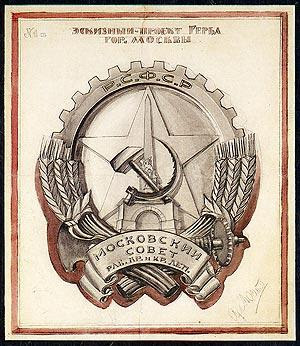 It is worth repeating that Andrew Lansley is being bankrolled by Care UK in the week that the privatising White Paper is released for all to see. The fact that Mr Lansley's personal office was funded by 21,000 pounds from the chairman of Care UK stinks.

A great problem with the new system as imposed by the new White Paper is the fact that GPs will not actually have any power to select the best treatments for patients, even though the government are pretending this is the case so they can blame GPs when it goes tits up.

The new 'commissioning board' will force GP consortia to purchase the cheapest services, irrelevant of quality or sustainability. Essentially despite the government's pretence that clinicians will be in control of this new 'local' process, it will be a top down centralised process controlled by this Stalinist commissioning board. Even Polly Toynbee understands how damaging this whole process will be.

If you want a good service, for example a house built or your car serviced, going to the cheapest provider rarely makes sense. In fact as a consumer to make a sensible choice you need the insight to know who is trustworthy and reliable, so that you know that get the best service possible for your money. The government's new system is a joke, the cheapest services will have to be purchased by the consortia, and as we have seen with ISTCs the private firms will frequently provide a shabby dangerous service for the money.

If this system were to have a hope of working then the GP consortia would have to be free to make their own informed choices, sadly they are not, they will be told what to do from on high. This is no sensible bottom up market, it is a top down Stalinist shambles that is designed to hand lots of money to Mr Lansley's generous friends in the private sector, and in the process our hospitals will be destabilised and destroyed.
Posted by Garth Marenghi at 1/19/2011 10:01:00 am 1 comment: 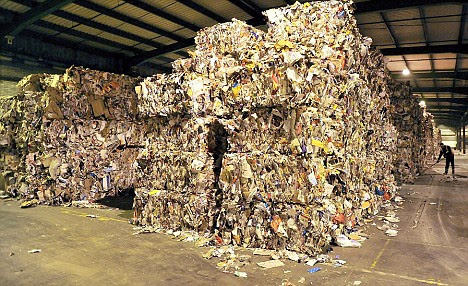 The White Paper chitter chatter is high on the news agenda this week, the full version is due to be unleashed in a couple of days time and apparently it is not rain forest friendly as regards its paper consumption. That tells its own story, this latest 'reform', 'modernisation', 'shit storm', call it what you will, is extremely complex and it is not going to be light in the bureaucratic department.

It is yet more rapid change, and this comes with the inevitable reform fatigue, combined with an immense amount of money wasted on the new bureaucracy (reportedly in excess of 3 billion). It also puts a hell of a lot of money in the hands of Primary Care, Secondary Care is at its mercy and this is where the danger lies. Do not believe all the talk about better outcomes, this is just the smokescreen for the mass privatisation that is being ushered in undemocratically.

Competition does not necessarily drive progress. In fact as regards Secondary Care and hospitals, competition can be catastrophic. Hospitals function best as integrated services consisted of all the bits working effectively in cooperation with each other. As soon as private firms are allowed to cherry pick the easy bits of work, something that will be ensured by the new regulatory framework, then certain hospital services will be starved of cash and will be shut. We only have to look to the USA to see that competition and choice are far from the Utopian solution that certain politicians and academics would have us believe.

The end result will be the crumbling of our hospitals. An Accident and Emergency department cannot survive when a hospital loses its Obstetric cover, its Orthopaedic cover or its General Surgical cover. This is all fine for a patient who wants an elective hernia operation or an elective joint replacement, the problem comes when one has a life threatening infection, or a hip fracture, or an appendicitis, then you just want a good safe local service and if that is threatened, we are in very sticky waters indeed.
Posted by Garth Marenghi at 1/17/2011 07:29:00 pm 4 comments:

There has been a lot of chatter in the news today on how much money some consultants are earning for 'overtime' work, and it stems from the BBC's Nick Triggle's shoddy journalism:

"Some consultants are making more than £100,000 a year in overtime payments from the NHS, the BBC has learnt. The sums - paid on top of basic salaries and bonuses - have been criticised at a time when the health service is trying to save money. Consultants have been accused of playing the system, but doctors said poor planning by managers was to blame. Overtime rates vary, but are often about £600 for four hours - treble what senior medics get for contracted work. Basic pay for consultants stands at just under."
Essentially the government promised a lot and couldn't deliver it without increasing the capacity of the system. To do this surgeons, anaesthetists and all the other staff had to be paid for doing this extra work, so that all the waiting time targets could be met. It is also key that none of this work is within their contracts, it is all outside the obligation of their consultant contracts, it is work in their 'free time', that is a more honest term for Triggle's 'overtime'.

It is certainly not 'overtime' as most people would understand it, but this is the story that the BBC's Nick Triggle's tries to spin to the reader. This is work which the NHS needed to get done and in order to get it done it had to pay the market rate.

Surgeons and Anaesthetists aren't going to work outside their contracted hours for much less, it may surprise Nick Triggle to know that in the private sector the very same consultants would probably be earning a hell of a lot more per hour than they are for this NHS 'overtime' work:

"Managers at Mid Staffordshire NHS Trust tried to reduce the rate for overtime for orthopaedic surgeons from £1,000 to £500 for a four-hour session. But minutes from official meetings showed consultants would be "downing tools" if they did so. In the end, managers had to compromise on a fee of £750."
This is down to simple market forces. If managers started offering way under what consultants can earn privately for extra work in their free time then they simply wouldn't do it, they are under no obligation to. It may surprise the dishonest or stupid Nick Triggle that Consultants can earn many hundreds of thousands of pounds for their private work, it can also be argued that they are underpaid in the NHS for the work they do.

The lame duck Alan Maynard is even brought in at the end of the article for a rent-a-quote to have a dig at doctors, maybe this bitter failed academic is just jealous of people who have a job they enjoy, I don't know. It remains clear that Maynard should be able to understand how the market forces he loves to go on about are at play with the pay for this extra consultant work, either he is stupid or dishonest like Nick Triggle.

It remains clear that this so called 'news' piece is just a rather lame misrepresentation of the reality of a situation in which a group of professionals are being paid a reasonable market rate for doing some extra work to clear the decks. Triggle and Maynard may like to think how much it costs to call in the plumber or the electrician at the weekend, they may also like to think how keen they would be to work extra weekends for their normal rate of pay? Mind you, I can't think of any reason for anyone needing Alan Maynard at a weekend, maybe that's why he's such a bitter individual? Either way, shoddy journalism all round I say.
Posted by Garth Marenghi at 1/13/2011 08:05:00 pm 15 comments: