The problem with Jeremy Hunt and his fag packet inscribed reforms 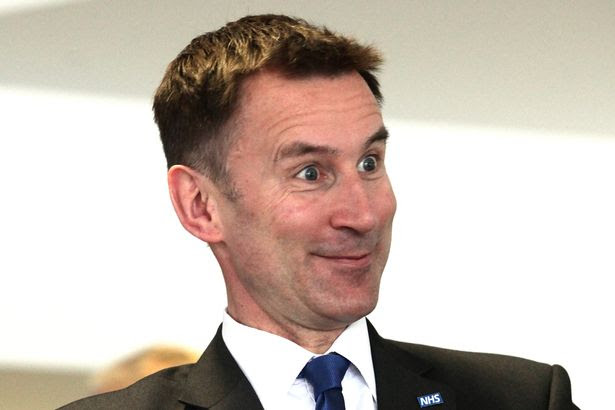 First to set the scene, after years of failed negotiation the government has encouraged NHS Trusts to impose a new contract of employment upon junior doctors despite it being rejected by a majority of 58% in a recent contract referendum.  Much in the same way that clinical errors often require a catalogue of failures from multiple individuals, this junior doctor contract dog’s dinner has been created by a multitude of errors and mistakes by many individuals and organisations.  One key factor has been the endlessly aggressive, dishonest and frankly disruptive approach of SoS for Health Jeremy Hunt towards the NHS and its staff in general throughout this whole sorry affair1.  In a deluded rush to implement his and his government’s disastrously flawed ‘7 day NHS reforms’, the Department of Health’s briefing documents have proven that Hunt and the government have prioritised political expediency over genuine negotiation2:

“Returning to negotiation would delay further contract change and delay implementing this element of your strategy for implementing 7 Day services policy.”

There we have it.  Not only had it already been shown that the 7 day reforms were based on foundations of sand3,4, but the government’s overtly dishonest approach to informing the public had been repeatedly exposed5-7.  Numerous respected independent bodies have exposed the fact that the NHS has not been provided with the necessary funds and resources with which to implement such reforms8-10.  Recent leaks from within the Department of Health have demonstrated that the government knows that the NHS has too little funding and too few staff in order to safely implement these 7 day reforms11.  These documents also detailed 13 major risks attached to the reforms including ‘workforce overload’.

Essentially Hunt and this inept government are prioritising a flawed political manifesto gimmick over the lives of patients; the claims that these 7 day reforms are going to improve care are at best vacuous nonsense.  In the context of an NHS which is already struggling to safely staff both doctor and nurse rotas12, the bullying of a service expansion without the necessary funds and resources is overtly reckless.  Anyway let’s go back to the contract, the recent offer from the government was much improved but frankly that wasn’t very hard given the frankly derisory initial offer from Dalton in January of this year.  The vote by junior doctors was somewhat split with 42% accepting and 58% rejecting, however let me explain why the vote is utterly irrelevant to the justifiability of the current contract ‘imposition’.

The question that is of real meaning to junior doctors is ‘Does the new contract address the flaws in the current contract and significantly improve upon them?’; I reckon the vast majority of doctors who voted ‘Yes’ to the contract would agree with me and say that the current contract does not come close to addressing the flaws in the current contract.  Doctors are united in the fact that the new deal should not be imposed and that it does not adequately address the current contract’s key flaws.  The current offer isn’t terrible but that’s just not of relevance, the government’s arguments for rushing a contract which has been rejected by a majority of doctors are totally and fatally flawed.  The perception of a contract is incredibly important, the way the workforce feels treated by its employer is key and in the context of the recruitment/retention crises this contract imposition is going to do incredible damage to an already brittle situation.  Notably the Welsh and Scottish governments have opted for common sense and to continue with the current contract until a negotiated solution can be agreed upon.

The bottom line remains that rushing the reform of a contract which is eminently decent is incredibly counterproductive.  A huge 94% majority of NHS Providers stated that the current junior doctor contract was not a major block to the 7 day reforms, the need for rushed reform has just never been adequately demonstrated13.  The rushed and botched new contract doesn’t address the fact that those working the most brutal and unsocial hours are not fairly rewarded, if anything it may make this situation slightly worse.  The current contract is not massively safer that the new imposed contract, but in the current context of short staffing and underfunding both contracts are not fit for purpose.  A responsible government’s attitude would be of first, do no harm; the urgent need for change has never been shown, the new contract doesn’t address some very real flaws in the current deal, so first, do no harm.  The damage done by imposing a contract which has been rejected by a majority of doctors promises to do untold harm which may take generations to undo.

The one positive in this whole shambolic affair is that at least the public can see Jeremy Hunt and this government for what they really are.  The evidence is now out there, the NHS is in overt crisis, this government’s underfunding and their disastrous treatment of staff have seen all key performance metrics significantly deteriorate in recent years.  Hunt’s claims of improving safety have been shown to be dishonest and misleading; he is presiding over the destruction of a safe sustainable NHS.  The prioritisation of a fag packet inscribed political manifesto gimmick over evidence and genuine negotiation, over the morale and wellbeing of staff, is nothing but another filthy stain on this government’s dismal NHS record.  The context to this contract imposition is vital, and evidence now shows that this government was never willing to negotiate in genuine terms, they were never willing to assess the safety evidence objectively and as a result they are doing an immense disservice to all of our patients.  Shame on Jeremy Hunt and this government, it is time that our NHS ‘leaders’ stood up to remark upon this betrayal of the public interest in the name of deluded political expediency.