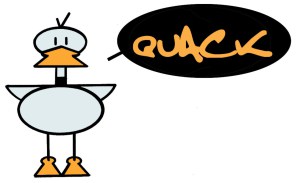 It seems that the European Spine Journal thinks that the more it ignores something, the more likely it is to go away, alas this is not the way in which the real world works.  The Editor of the Journal has waded into the debate with some rather confused and illogical words.  It seems the those who dare criticise a clear undeclared business interest directly relating to the study results are 'moral preachers'!  I would say that those who point out the failings of peer review in an objective manner are simply fair honest people who are trying to see science done in the right way, both ethically and morally:


With a statement as well as an answer to one of the letters to the editors by the principal author (H. A.), the European Spine Journal reacts on numerous accusations mainly from self-nominated moral preachers of the lay press that it has published the two papers without checking the disclosed ‘‘no conflict of interest’’ statement."


The Editor completely ignores that fact that the authors failed to declare a clear conflict of interest:


As Editor of the journal, my reply is twofold:


2. Every author who wants to publish a paper in the European Spine Journal has to sign a ‘‘no conflict of interest’’ statement before the paper is accepted for publication. The European Spine Journal has neither the capacity nor the size to check the truth of every author’s statement. Here, we have to rely on the honesty of the authors. If an author is not honest and lies to the journal, then this is his/her own responsibility."

In response to point 1, it is entirely irrelevant as the conflict of interest was NOT disclosed at the time of submission, if it had been there would be no problem.  Sadly for the authors it was not declared and this changes the situation completely, an undeclared conflict of interest directly relating to the study content is a clear case of 'research misconduct'.  The authors signed 'no conflict of interest' when two of them had a clear conflicting business interest with MAST Medical.


"The journal can only ban such an author from future publishing in the European Spine Journal and in severe cases the journal may publicly announce the withdrawal of the publication in question. However, such a decision has to be proportional and is only justified when the conflict of interest manipulates the methodology and results, in other words, the quality and the honesty of the research data. This is clearly not the case in the two papers of H. Albert et al. It is not up to the lay and public press to make themselves the judges about content, which is geared towards a selective community, in this case the spine research community."


It is the Journal's job to make it clear to ALL readers when authors have a conflict of interest relating to the study content.  In this case the European Spine Journal has dismally failed to do this, having been clearly informed of a clear conflict of interest of the authors by my letter.  The Journal has failed to apply its own guidelines on conflicts of interest, which are remarkably clear on this.  Scientific research should be open to anyone to read and clear conflicts of interest should be declared honestly so that any reader is aware of the circumstances surrounding the research.  The Journal has failed dismally on this issue and instead prefers to launch attacks against those who dare objectively criticise their clear governance failings.
Posted by ben at 7/29/2013 01:27:00 pm