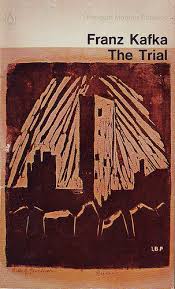 The 'antibiotics for back pain' story broke several weeks ago to a huge amount of media hype, in fact the vast majority of coverage was very positive, there was very little context and caution thrown into the mixture at that early stage.  A huge reason for this media fanfare was the orchestrated PR campaign conducted by the authors and MAST Medical directors, not mutually exclusive groups as we have since discovered.  In fact one MAST Medical company director, Peter Hamlyn, was widely quoted in the media stating:


"This is vast. We are talking about probably half of all spinal surgery for back pain being replaced by taking antibiotics,"

He also claimed the research was worthy of a Nobel prize.  Strangely there was no mention in the media of Hamlyn's conflict of interests as a MAST company director, perhaps the media were told but just didn't mention it, who knows?  MAST Medical consists of two limited companies which were formed in 2010 and whose business depends on the results of the two Albert et al studies published this year in the European Spine Journal.  So two of the authors had clearly failed to state a clear conflict of interest relating to their roles as company directors of the MAST firms, and at this early stage it was not clear how much the Journal knew.

One might have thought that the ranting of a lone blogger and a very balanced piece in the BMJ by Margaret McCartney would not have ruffled the feathers of the authors and the Journal, however recent events have shown this appears not to be the case. I wrote to the journal to express my grave concerns that the two authors did not declare their blatant conflict of interest regarding MAST Medical, one would have thought that the Journal and authors would quickly apologise and correct the studies to include this conflict of interest.  Alas not, what we have seen has been a blustering piece of orchestrated obfuscation that wouldn't look out of place in a Kafka novel.

The Journal has come out with guns blazing and has refused to acknowledge that the authors' positions as company directors of firms whose business directly relates to the subject matter of the published studies are a conflict of interest.  It is strange as this stance from both the lead author and the Journal clearly contradicts their own guidance on conflicts of interest.  The Journal has not enforced its own guidelines by allowing the lead author's flimsy response to be published, while the Journal has published an editorial that has gone on the offensive:

".....the importance of this should not be lost amidst the negative, unstructured and unscientific response to this study....This mass media launch has led to a very widespread and negative feedback in the lay and specialist medical media. Obviously, this is an unregulated, opinionated repository for often extreme opinions, but there must be significant reputational risk both to the scientists, the commercial organisation in London and to the spinal community in general from some of these widely read internet resources (see http://ferretfancier.blogspot.co.uk/2013/05/antibiotics-for-back-pain-conflicts-of.html, and http://theconversation.com/zit-bacteria-causing-back-paina-spotty-hypothesis-14060). In addition, there has been a cynical response from the respected medical press [17] although a subsequent article gave a slightly more tempered response [18]."

It is utterly incredible that the editorial dares claim talk of 'reputational risk' to the authors and their businesses that stand to profit from their studies, as if this is some kind of smear campaign against them, rather the opposite in reality.  Strangely the editorial makes no mention of the MAST Medical PR campaign and its role in intentionally creating the media fanfare.  The authors and their companies have put their own reputations at risk because they have failed to declare a clear conflict of interest to the Journal, and now the Journal is stepping on some very dodgy ground indeed by backing up the unprofessional and unethical stance of the authors.  Their actions constitute a form of research misconduct and in order to attract attention away from this they are going on the attack, and trying to paint those who dare make objective criticism as crazed extremists.

The lead author's response to my letter is nothing but obfuscation, she talks of a limited company as just an 'idea' and paints herself as a sorry victim of an 'attack'.  It is amusing that pointing out a clear undeclared conflict of interest is deemed an attack by Albert, it seems to me to be nothing other than fair objective criticism that she should properly address.   In reality the lead author is a MAST company director and is trying to take attention away from her failure to declare this as a conflict of interest by going on the attack.

This whole sorry sage demonstrates many important points.  Firstly digging a hole deeper is never a good option, it is far more sensible to admit an error when one is made.  Secondly the process of peer review is only as good as those managing it.  Thirdly those who go on the aggressive attack are often doing so because they are in a very weak defensive position.  I will not let this drop and it is important that the authors/Journal are not allowed to get away with this blatant refusal to declare a clear conflict of interest.  It is important for science that peer review is not abused in this manner, and to do this one must freely speak out the objective truth without fear.  Sadly this story looks set to run and run.
Posted by ben at 7/22/2013 08:49:00 pm